RGSC celebrated a home victory in the final scratch cup of the season and the last event on the Dublin Scratch Cup Series. There was over 115 cards played at the pristine Kingswood venue and home hopes were firmly pinned on Junior Smith. Smith is a former champion and knows the course so well. He started with a 47 to place him high on the leaderboard and he jumped to the head of affairs with a 2nd round 45 to lead the way on 92. Darren Kane one of the 1st starters had a 99 but it was Glenville Inter player Aaron O’Droighneain who occupied 2nd spot for much of the morning, until Gavin Carty came in with a 95. With many of the bigger players on the course, it was intriguing to see could anyone post a better score than Junior. Stephen Murray and Ian Dillon the front runners for the Scratch Cup Series both had 97’s as did Paul Nolan. Keith Redmond and JR Crangle  playing in the same three ball made their way into contention with a 95 and 94 respectively, JR shooting a hugely impressive 44 in his 2nd round.
In the final round, Gavin Carty really made a move adding a 45 to his 95 and finish on 140 (-22), it looked like it might be enough to win, but Junior to his credit and under great pressure delivered on the back nine to finish on 139 (-23) and reclaim the title much to the delight of the home crowd. Cement’s Ian Donnelly added an excellent 46 in his last round to finish on 143 and secure third. Philip Byrne won the final 18 with a 47.
Glenville’s Aaron O’Droighneain score of 97 was enough to make the senior play-off and also landed him his third Inter Prize of the series. RGSC had more reason to celebrate with Frank Cleary winning the Junior Prize on 110 and Poulaphuca’s Mairead O’Toole blitzed the ladies field with a 99 it was the best score by any lady in the series so far. The Ladies 11 – 18 prize was won by CPM’s Theresa King with a score of 124.

RGSC Scratch Cup Winner: Junior Smith receives the Seamus Gaffney Trophy from RGSC Captains Jim Donnegan and Marie Dooley
In the scratch cup series, it was all about Stephen Murray and Ian Dillon, both were level after 36 holes and Stephen knew he just needed to finish ahead of  Ian to land the overall prize. Stephen added a 48 in his final round, whilst Ian after a slow start had to settle for a 50. That meant the only player that could catch Stephen was JR CRangle if he finished in the top 2. JR however could not rediscover his form of round 2 and had to settle for a third place finish in the series. The big mover on the final day was Gavin Carty, his 2nd place finish in RGSC saw him climb from 7th to 4th and win the final prize in the series.
In the ladies, neither Maree O’Toole or Linda Thomson could play on the day and neither Siobhan Keely or Ger Holland could claim the necessary points and overhaul Linda for 2nd. Siobhan eventually edged out Ger Holland by 2 points for third place.
The series was a huge success and generated much interest amongst the players and a huge thanks to the seven clubs and their nominated delegates who ran it. It also saw excellent numbers participate in the scratch cups. 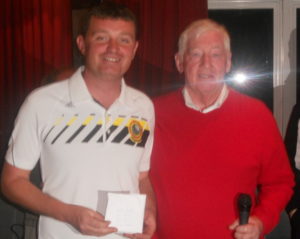 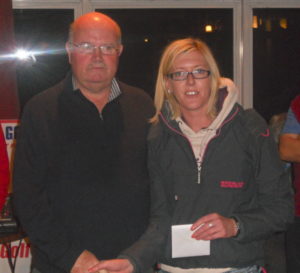 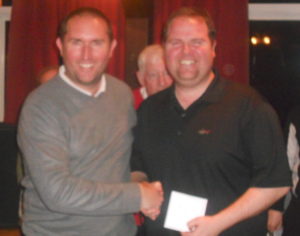 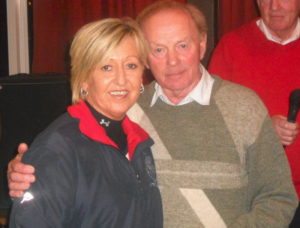 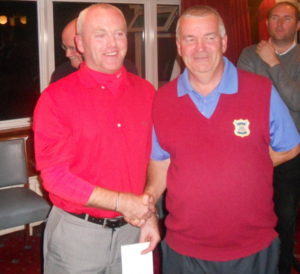