It ws a great day for Dublin couples at the Leinster Mixed Foursomes in Old County on Sunday. The winners were Stella Sheridan and Frank Connolly from Glenville who finished on +6. They edged out Old County’s Joan Redmond and Stephen Power for the top prize as they also finished  on +6. The best 2nd 18 prize went to Glenville couple Mary Hughes and Leo O’Reilly. The Gross was won by Tracey McGrath and Joe McGrath from the Erry club. 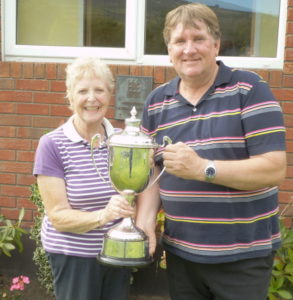