Ian Donnelly of the Cement club produced a sparkling 43 in the last 18 to claim the first Dublin scratch cup of the year.

The weather held reasonably well which allowed the Scratch Cup to go off without any hiccups. Players from Louth, Meath and Tipperary, to name but a few made the journey to Drumcondra to support the event which was the first scratch cup of the Dublin series also.

101 cards on the day was a delightful return for the event and was 25 cards up on last year, according to Brendan Crean of the host club. 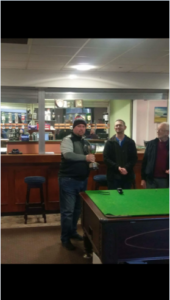 Darren Thornberry (RGSC) produced a 92 for the first 36 holes and was the leader by three going in to the playoff. The cut fell at 97.

However, Ian Donnelly, who started at -12, produced a wonderful 43 to end up on -23 to post a score that wouldn’t be caught. That said, James Cleary (Hillview), Eamon Gibney (Castletown) & Geroge McGreal (Old County) all shot fantastic 44’s, in an attempt to claim the cup, but they were to all fall marginally short in the end. 2nd, 3rd & the last 18, respectively, would be their reward.

The best Inter on the day was B O Flynn from Tipperary Hills who shot 103. The best Junior on the day was S O Connor from Hillview who shot 120 with the ever popular Pauline Balfe, from the Old County club, claiming the ladies prize with a score of 115

Ierne would like to thank everyone for their support, especially those who travelled and hope to see everyone again next year.