It was an excellent day for the serving Dublin Board officers in CPM on Sunday as both emerged victorious to retain their titles. In the Gents Anthony Malone lead the way on 93 (-15) after 36 holes including an excellent 45 in his 2nd round. He was two shots clear of his clubmate Darren Kane and Shandon winner Ian Dillon with the Loughlinstown duo of Gary Healy and JR Crangle a further shot back on 96. In the final 18, “Skinner” shot a 51 and it allowed the chasing pack to close in and Gary Healy was to finish level with the Lucan man after 54 holes. There was a three hole play-off almost played in complete darkness. Gary was first to strike with a birdie on 16 and when both play had pars on the 17th. Gary had a one shot lead up the last. Gary found the sand with Skinner just short of the bunker.  Skinner found the green with his chip but missed the putt meaning a bogey for Gary would be enough to win the title. Gary had fond memories of the Clondalkin venue having won the Dublin Matchplay title in a play-off back in 2006. However this time Gary was to leave dissappointed as he took three to get out of the sand and when his putt for a double bogey five missed the hole, Skinner had pulled off an unlikely victory. It completed a memorable month for the County Board Chairman who had taken the National Over 55 title the previous Sunday. Darren Kane and Liam O’Donovan just missed out on the play-off. In the Ladies Linda Thompson won at a canter after a brilliant 102 saw her collect her 1st win in the series. It tightens things up ahead of the finale in RGSC on Sunday week, but Maree O’ Toole is still in pole position to take the top prize here. In the Gents Ian Dillon has closed the gap on Stephen Murray to two points. JR Crangle still has a chance of the top prize but Anthony Malone now in 4th may have left his push just too late.

The CPM club were delighted with the 114 cards played on the day and once again showed the high regard the circuit has for the CPM Club. the next stop will be where it all ends on October 13th. 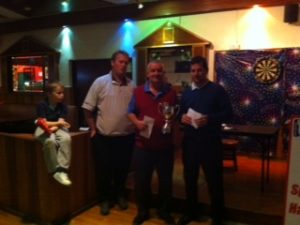 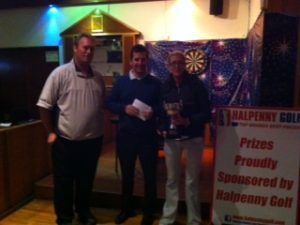