January
As the 2017 year began it was hoped that some new faces would arrive on the county board with the Dublin Pitch & Putt AGM taking place on Saturday 14th January in RGSC. The officers elected were Chairman Anthony Malone, Vice Chairman Jim Milligan, Hon Secretary Darren Thornberry, Treasurer Marise Carroll & P.R.O. JR Crangle. With it being out of season, clubs were quiet with members coming back after the Christmas period looking to get prepared for the season ahead.
February
The first DCB Monthly meeting took place and everyone was shocked to hear that Vice Chairman Jim Milligan(Old County) would be stepping down from his role. Jim worked tirelessly with the Dublin Board especially with the juvenile section with some great success through the years so it was a huge loss to the game in Dublin. The DCB was present at the National Convention in Nenagh, Tipperary to witness Old County stalwart Jim Byrne take his place in the PPUI Hall of Fame, a huge honor for a man who has dedicated his life to the game and Old County. Geraldine Ward of Portmarnock was also honored as the No.1 ladies player for the 2016 season. 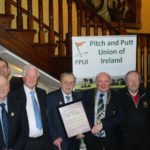 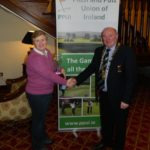 March
The club season takes off in March with Captains Drive-Ins bringing all the clubs together with the Championship season on the horizon. The DCB would welcome two new members to the committee with Junior Smith taking on the job of League Secretary and Miriam Salmon taking over the Juvenile Officer role. A strong entry for the Dublin Mixed Scramble leads to qualifiers around the county with the finals in Portmarnock in April. The season had begun.


April
The Open season began as per usual with CY Fairview welcoming all comers for their Scotch Foursomes with Ierne following up a couple of weeks later with their Strokeplay singles taking place. The first Scratch Cup of the season took place in Ierne with local man Gary Byrne taking a hard-fought victory in a 3-way playoff with JR Crangle & Anthony Kavanagh. The Dublin Mixed scramble took place in Portmarnock with the home club returning a 1-2 finish with the Tony, Margaret & Ann Marie Fitzpatrick team taking the title by just 2/3rds from Martin Dowd, Alan & Breda Mee. CY Fairview also hosted the Dublin Qualifying for the Leinster Mixed Foursomes with teams representing Old County, Loughlinstown & Lucan making the finals. The Inter-County trials and the Dublin League groupings were announced as the pitch and putt season got busier by the week.

May
The Dublin Leagues took off early in May with some slight variations in leagues due to differing amounts of teams entering each grade, this though did not stop the leagues from having some pulsating finishes. The National Matchplay Qualifying took place early in May too with 8 gents qualifying for the long trip to Tipp Hills on June Bank Holiday weekend. Erin Isle also hosted their Scotch Foursomes Open Week. The singles season was really hitting flow as qualifiers came thick and fast for the Drain Doctor Sponsored Dublin Strokeplay and the Leinster Strokeplays which were also trials for the start of Dublin teams selection process. The ladies trials would start at a later date, meanwhile, Dublin Pitch and Putt were brought to the airwaves each Friday evening as the Dublin City FM Sportsdesk programme gave us some brilliant coverage throughout the year.


June
24yrs, 24yrs Dublin were waiting to once again complete a double of National Matchplay Champions, step up Ger Ward and JR Crangle as they completed superb wins in Tipperary Hills. Ger completed her march through the field by beating her most common rival Chrissie Byrne in a superb final in which Ger edged 2&1 to claim her 11th National Matchplay title. JR Crangle was searching for his first victory and played some fine pitch & putt to reach his 2nd final where he would face the daunting prospect of Ray Murphy. JR though stuck to his guns and finished off the match with a 3&2 winning margin and finally ending his search for single National glory. A stunning weekend for Dublin Pitch and Putt. 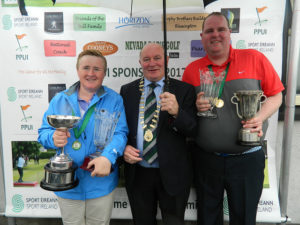 With no rest for the wicked, the players were back on the course the following week as the Eamonn Birchall Dublin Ladies Strokeplays took place in an impeccable Old County. Ger Ward would comfortably follow up with another title with Laura Whelan providing a home winner in the Intermediates in a fantastic playoff with Philo Condron while Maura Doyle of Glenville took the Junior title. The gents took to the stage on Sunday but JR would not figure as local hero Stephen Murray put an end to his Championship hoodoo with a fantastic calmly constructed final round completing a double for the club as Paul Griffin took top honors in the Intermediate Grade. The junior title would go to Glenville once again as Keith Kershaw took the title. Glenville would also be cheering a juvenile winner as Luke Devlin cooly took home the Dublin Juvenile Strokeplay. 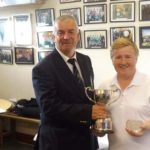 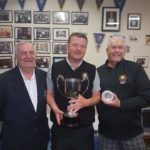 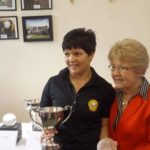 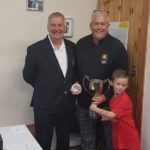 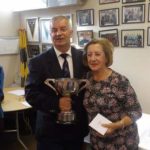 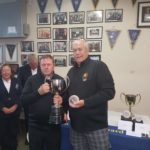 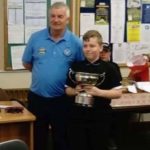 On the Provincial scene the following week Philo Condron would go one better as she took the Leinster Intermediate title in what was a superb double for the Lucan Club as Patricia Anderson took the Junior title in a beautiful McDonagh. The Gents were in St.Bridgets but they were out of luck in all 3 grades as Portmarnocks Tom Judd finished closest to the leader in runner up spot in the Intermediate section. Their was success though for the juveniles as Oisin Horan from Glenville took top spot in Kilbeggan in the 10-13 Grade with Lennon Blake of Old County and David Horan finishing in 2nd & 3rd respectively in the 14-16 Grade. 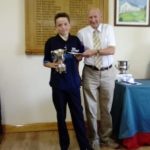 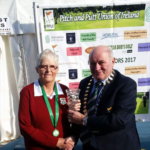 More Opens took place with RGSC & Glenville hosting, All Ireland Strokeplay Qualifying also crept up on the calendar with players claiming their spots for the coveted finals in Hillview, Co.Tipperary. The Dublin Leagues were coming to an end in some grades with Glenvilles Class 2 Ladies taking their honours with Lucans Class 1 Ladies & Junior Gents team taking back their titles, Old County would edge out Loughlinstown in a repeat of last years final in what was a high octane month of pitch and putt for everyone!

One or two swaps done and tee box numbers included for your starting position.