With the National Championships taking place over the next two weekends,Attention will then switch to the Inter Counties and the scratch cups. This year seven Dublin clubs will be hosting scratch cups between August and October and they have all joined forces to form the Dublin Scratch Cup series. This will be a points based system that runs throughout the eleven week period and culiminates in a  Gents & Ladies winner being crowned at the final scratch cup in RGSC on October 13th. There will be additional prizes as well as the two Winners. Halpenny Golf will be coming on board to support the series as well and you can expect to see stands from the golfing chain  at the various scratch cups. The Echo Newspaper groups will be covering the series in their sports section with reports / pictures from  each of the  scratch cups.
The clubs involved are Lucan, Old County, Glenville, Erins Isle, Shandon, CPM and RGSC. We hope this brand new initiative will once again put some serious focus on our sport and that we will see large numbers from all over the country coming out to support them. A dedicated website has been set-up to track the journey of the series. Log on to www.dublinscratchcupseries.com for more details on this new venture. The action will tee off in Lucan on August 04th. 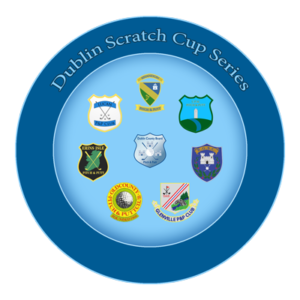 All players interested in playing for their county please check your clubs noticeboard for details on entries and trial dates.This year we have a ladies and gents Provincial championship at

Our condolences to the family and friends of Marie Mulroy (RGSC) who recently passed away may she Rest In Peace.

Congratulations to all the winners. Prizes will be given out this Friday at our Dublin Pitch & Putt Social Night in RGSC. There is a €10 entry fee payable at