The Loughlinstown Lion JR Crangle continues to roar after another highly impressive win in the CPM scratch cup on Sunday. JR fresh from wins in Glenville and Erins Isle led the way after 36 holes with a score of -16 one clear of RGSC’s John Lawlor. In the final round, the 2013 champion Anthony Malone put in a fine round of 45 as did Stephen Murray but both had left it too late and JR won well by four shots after a closing round of 46. The win secures the scratch cup series title for this wonderful player but rest assured JR won’t be resting on his laurels in RGSC in two weeks time as he aims to finish the season in style with a fourth win in a row.
The host club had the winner in the junior section with recently crowned Dublin Matchplay champion Gareth Walsh winning it on -8. RGSC’s Glenda Hoey took the ladies prize with a score of -1 and the Inter Prize went to the Royal County with Navan’s Anthony Gibney finishing on -8 as well.
The final event in the series take place in RGSC on October 12th. 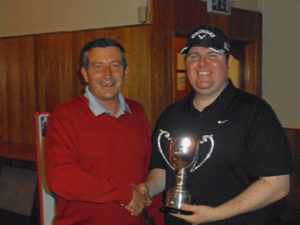 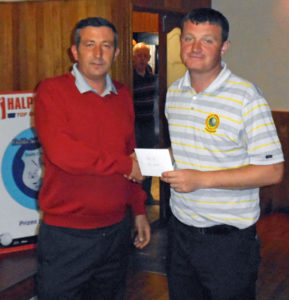